As is the case when any bit of news explodes from seemingly nowhere and hits ‘the mainstream’, so to say, the first question that arises is:

What exactly is this thing?

For example, ex-Twitter CEO Jack Dorsey sold his very first tweet as an NFT. Articles from the New York Times were also being sold as NFTs worth thousands of dollars. Popular YouTuber Logan Paul also sold a video clip for twenty thousand dollars. These are just a few examples of the popularity of NFTs.

Now, this article will focus on a basic introduction to NFTs, my opinion on the reasons for the backlash against them, and a few other common justifications of criticism.

NFTs are ‘non-fungible tokens’. Basically, they can be considered digital art pieces, video clips, images- anything- etc.(usually generated by an AI) that are incapable of being reproduced, and instead must be bought and sold. They represent a ‘receipt’ of sorts that points towards art that is hosted on a separate webpage. The art has a unique token i.e. the AI that generates the art gives each art piece a unique token ID. NFTs can be bought online on sites such as Rarible and OpenSea.

Here’s an example of a link to an NFT marketplace. Do note the exorbitant prices that I’ll be expanding on later.

Essentially, buying an NFT grants you ownership of the digital art. This sounds just fine and dandy, but actually presents a major problem.

Owning a “non-fungible” item in real life means you own that item itself, and there is no way for someone to own anything but an imitation of that item. For example, there may be thousands of imitations of the Mona Lisa but there is only one true Mona Lisa in the Louvre that will always be worth more owing to its rich history.

Exorbitantly priced NFTs attempt to mimic a similar concept by highlighting the ‘non-fungible’ part without realizing that on a digital medium, there is no notable difference between an imitation and the original. I can simply download an NFT that someone paid thousands of dollars for, and there’s no way for them to do anything. Look at this:

This was sold for 69 million USD

This was sold for 2.7 million USD

Whether I paid anything for these 2 images or not is irrelevant. I don’t own them but the copy I do own is virtually the same as the original.

Let’s pretend the above isn’t an issue (though it is the most glaring issue here and honestly is enough of a criticism to finish up this article).

Now, some might say that the benefit of an original is that it holds more ‘prestige’ than the imitation, much like the original Mona Lisa and the imitation looking the same but still having differing monetary values, with the latter being cheaper.

However, this idea too falls flat, simply because owning an expensive NFT provides negligible prestige. Why?  Because there is no physical marker of their prestige.

Initially, this may seem slightly far-fetched. After all, what physical marker does the original Mona Lisa have of its prestige that an imitation doesn’t?

Hint: it isn’t the painting itself.

The answer? It is the capital invested for the painting, and the surroundings of the physical space it occupies. Let’s take a quick look into the Louvre- a quick google search shows that it cost about 108 million USD to build. No NFT is ever going to come close to having such a massive amount of capital invested for its safekeeping. Of course, I’m not trying to say that the Louvre was built for the sole purpose of housing the Mona Lisa- all I’m trying to highlight is the fact that a building of such importance is used to house the original.

To make this easier to understand, let’s use an analogy.

Imagine you’re an average citizen in the days of old, attempting to deposit your money in a bank. Bear in mind that no legitimate government oversight operates in the sphere of banking in this scenario.

Would you be willing to deposit your money in a bank that is simply a man with a satchel, or would you deposit it in a bank built in an impressive manner reminiscent of the Parthenon in Athens, with a number of customers streaming in and out?

Barring perhaps the most extreme of exceptions, any rational consumer would choose the latter option. After all, there’s no guarantee that the man with a satchel will ever return your money- he might just take the money, fill your head with promises as sweet as nectar, and then disappear, never to be seen again.

Borrowing an idea from The Undercover Economist by Tim Harford, capital spent and physical indicators signal reliability… rather reliably.

And to add my own 2 cents- the behaviour of other consumers is also an important indicator. I can attest to this through an example from my personal life- my parents prefer to avoid restaurants that are devoid of people. They’d prefer a place that is bustling with a fun crowd. Thus, monetary and oft-emotional/mental parameters are also of immense importance.

How does this connect to NFTs?

NFTs do not have reliability. Payments for NFTs are anonymous, and the online NFT stores do not have the reliability of, say, Amazon, to the layman. The physical presence of consumers is obviously not possible- reviews can’t be trusted for reasons stated earlier. Nobody is willing to spend millions on signaling reliability for NFTs- again, their digital nature prevents actual establishments from existing.

Why is it that online-only businesses continue to, however, thrive, while NFTs haven’t become as mainstream despite having a similar nature?

-> these 2 screenshots should serve as sufficient evidence for now

It is as easy as right clicking a picture, and clicking ‘save as’. 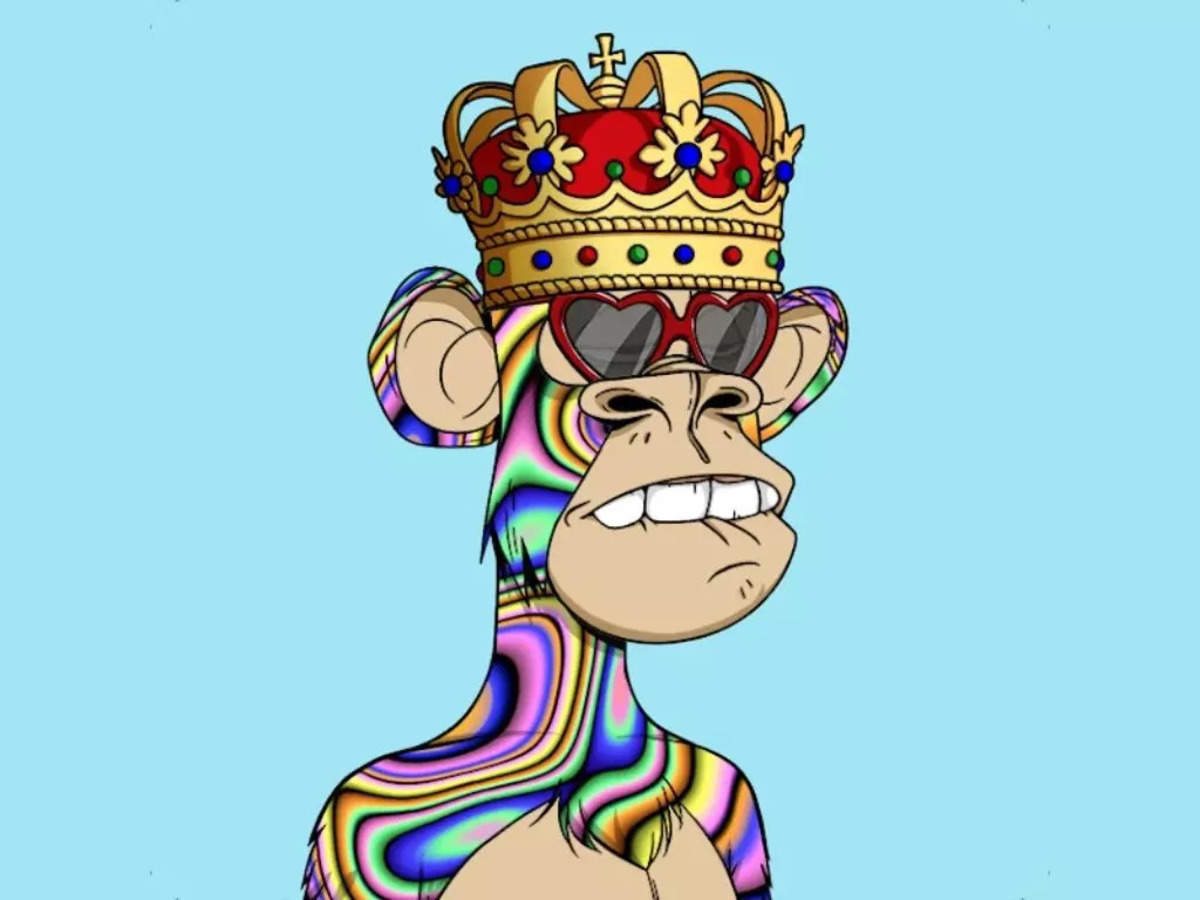 How is this even mildly appealing? Yes, art is subjective. However, this is unappealing to a vast majority of people.

-> NFTs harm the environment a LOT. According to cryptoart.wtf, a GIF of a cat heading to the moon on a rocket produced about as much pollution as an EU resident’s electricity usage for 2 months. According to research by a digital artist, an average NFT produces as many greenhouse emissions as an EU resident’s electricity usage for a little more than a month. Further analysis shows that this data may be a little biased- however, NFTs are still energy guzzling products because they’re based on the ethereum blockchain. If readers remember this article, they’ll also recall how much pollution is caused due to bitcoins. Thus, it is reasonable to conclude that NFTs too cause immense pollution. A world that is growing more environmentally aware day by day has no place for a product that can’t adapt to its ecological needs.

Of course, there are more reasons as to why NFTs are being criticized, but for the sake of brevity, I will not delve into them.

NFTs will never be commercially successful because:

Thus, it is unlikely that NFTs will ever grow commercially beyond the bubble they’ve trapped themselves in owing to the aforementioned factors.

View all posts by virajthkr19